Goals for the northSide 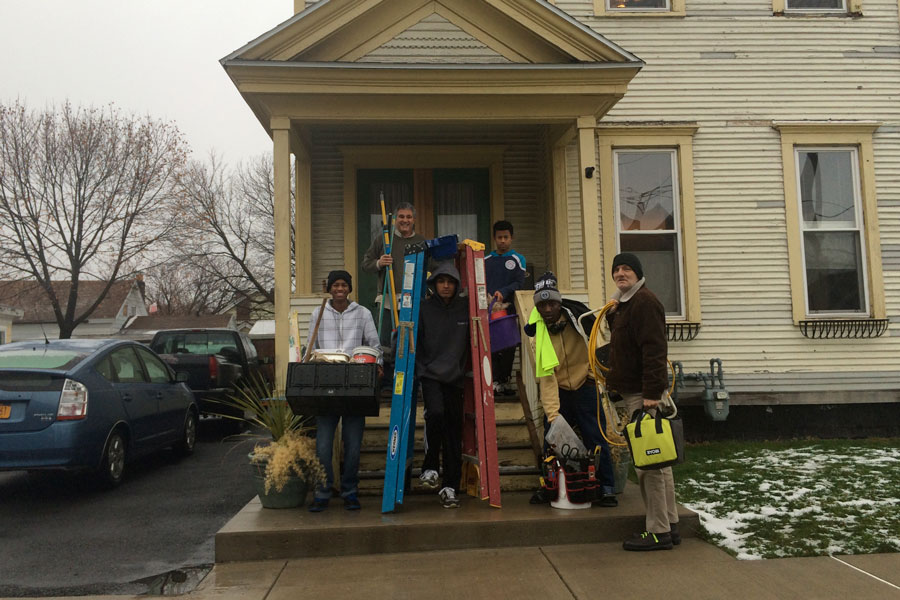 05 Jul Goals for the northSide

Posted at 21:19h in Uncategorized by Yeshu@RM-Web-@dmin

Lou and Anne Vinciguerra grew up on the Northside. Although they moved to the suburbs, they felt called to return to the area and have whole-heartedly invested in the community since their return. When a derelict house in the neighborhood became available, Lou and Anne deliberated and decided to buy the house. Their home is now a tangible example of their mission. Anne said they restored and reused as many of the original parts of the house as possible. Community members who were already familiar with the Vinciguerras helped with the remodel. The Townsend Street property is now their home base for restoring property, neighborhoods, and people.

The Vinciguerra’s organization, Yeshua Restoration Ministries (YRM), takes a very hands-on approach to revitalization. As members of the community, they have first-hand knowledge of its needs. There are several vacant lots on Townsend St., many of which were formerly known as popular locations for nefarious activities. Their ministry was born out of simple efforts to engage their neighbors in positive activities. They installed a bocci court on one of the vacant lots, and frequently set up chessboards outside to play with their neighbors.

This article, written by Emma Voigt, was originally published by Northside Urban Partnership.  Click the button below to read the full story on their web site.